Our neighborhood’s narrative begins nearly 200 years ago with a freed slave from Virginia.

Our story goes back 184 years–from a stop on the Underground Railroad to an African-American resort community where boxer Joe Louis was known to stay, Lucy Depp Park has quite the history!

Abram Depp, a freed Virginia slave, made his home on nearly 400 acres here in Concord Township in 1835. He purchased the land from Joseph Sullivant (son of Franklinton founder Lucas Sullivant) making it Delaware county’s first farm owned by an African-American.

He and his family turned the land into a small community, one that was used to help escaped slaves reach freedom in Canada. The escaped slaves hid in limestone caves along the Scioto River during the day. (Those caves were flooded in when the O’Shaughnessy Dam was built in the 1920s).

If you visit our community you can see the Depp barn, and in front of the barn is the bell that was rung in the middle of the night to give the “all clear” signal to the escaped slaves. Legend has it that no runaway slaves that traveled through the Depp’s Underground Railroad stop were ever returned to bondage.

In the 1920’s Depp’s daughter, Lucy, for whom our community is named, sold a portion of the Depp property to her cousin Robert Goode who had plans of establishing an African-American community here. 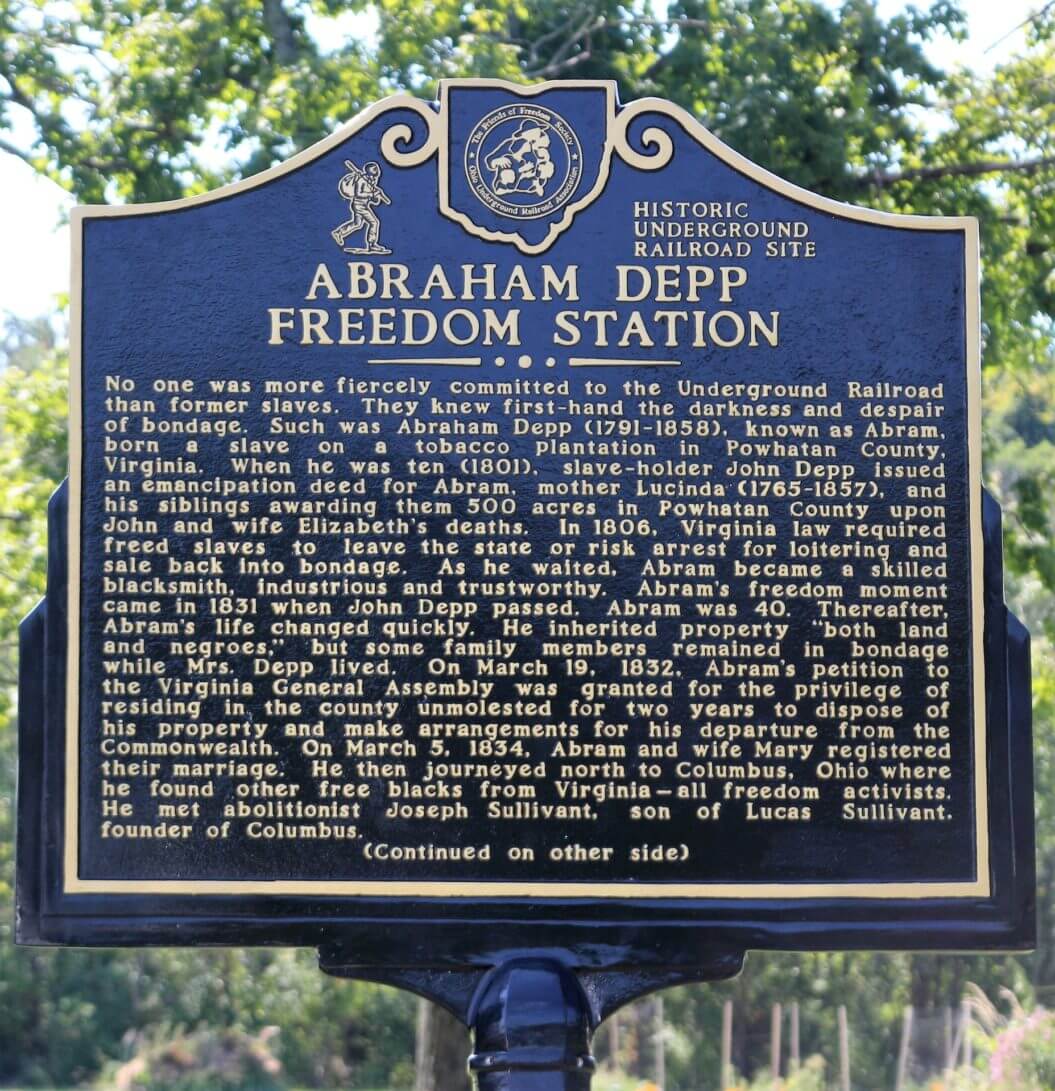 The Abraham Depp Freedom Station plaque, acknowledging the Depp stop on the Underground Railroad. This is one of two historical markers in Lucy Depp Park. 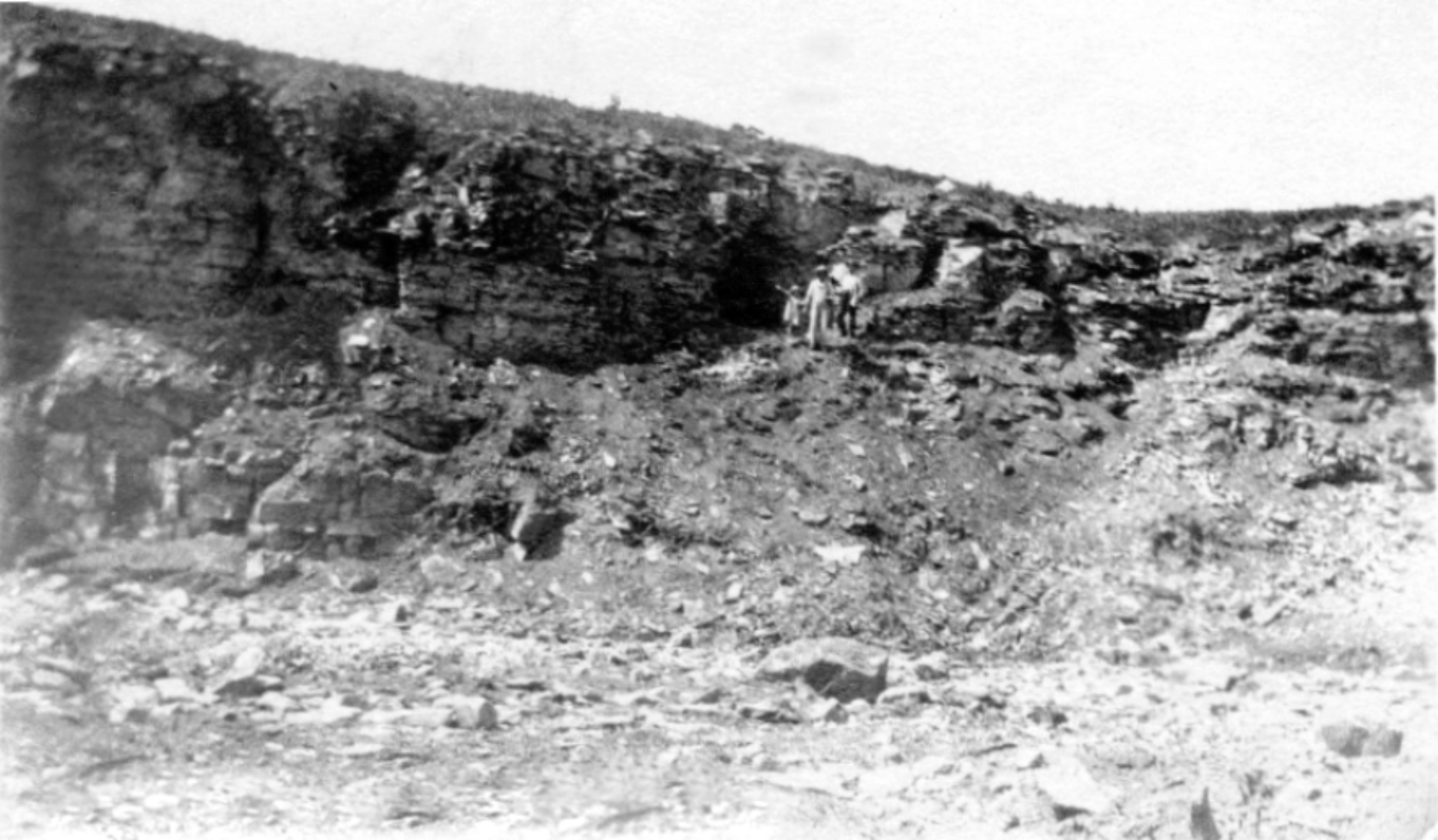 If you look closely, this undated photo shows people standing next to one of possibly many caves that runaway slaves hid in during the day before being given the all clear at night. These caves have since been flooded in when the O’Shaughnessy reservoir was created in the 1920’s.

It was not long before the peace and tranquility the area offered turned Lucy Depp Park into something of a summer resort for African-Americans from Columbus and elsewhere, from world heavyweight boxing champion Joe Louis and, from time to time, musicians traveling through the area.

Today, most of the houses in the neighborhood are original Lucy Depp Park homes. The neighborhood still has a diverse culture and we think still offers the peace and tranquility it did all those years ago.

Most recently in 2019, we were honored when Dublin City Schools voted to name their newest elementary school in Jerome Village after Abraham Depp. 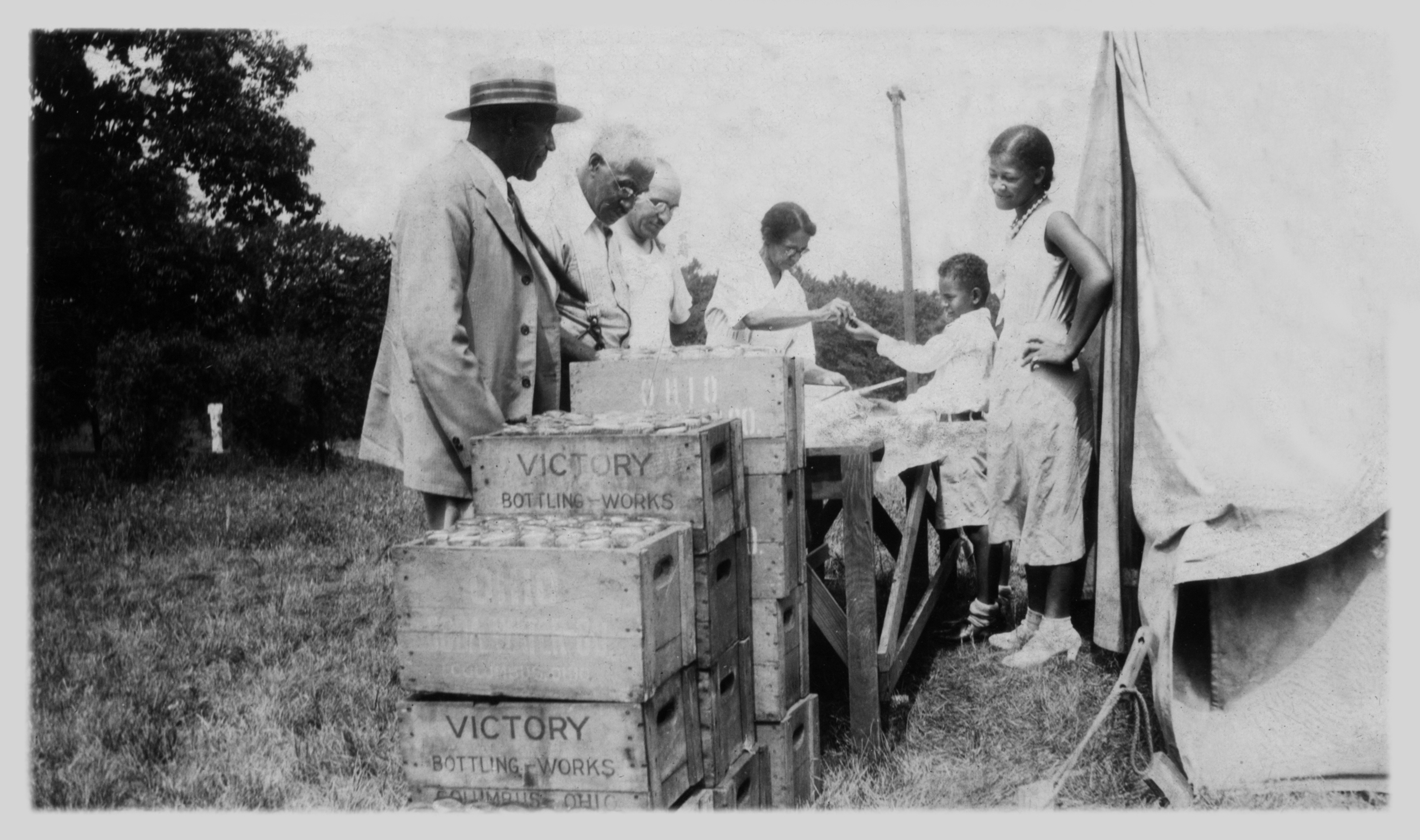 Learn more about Abraham Depp’s story in an in-depth look at historical documentation, notes, and research. 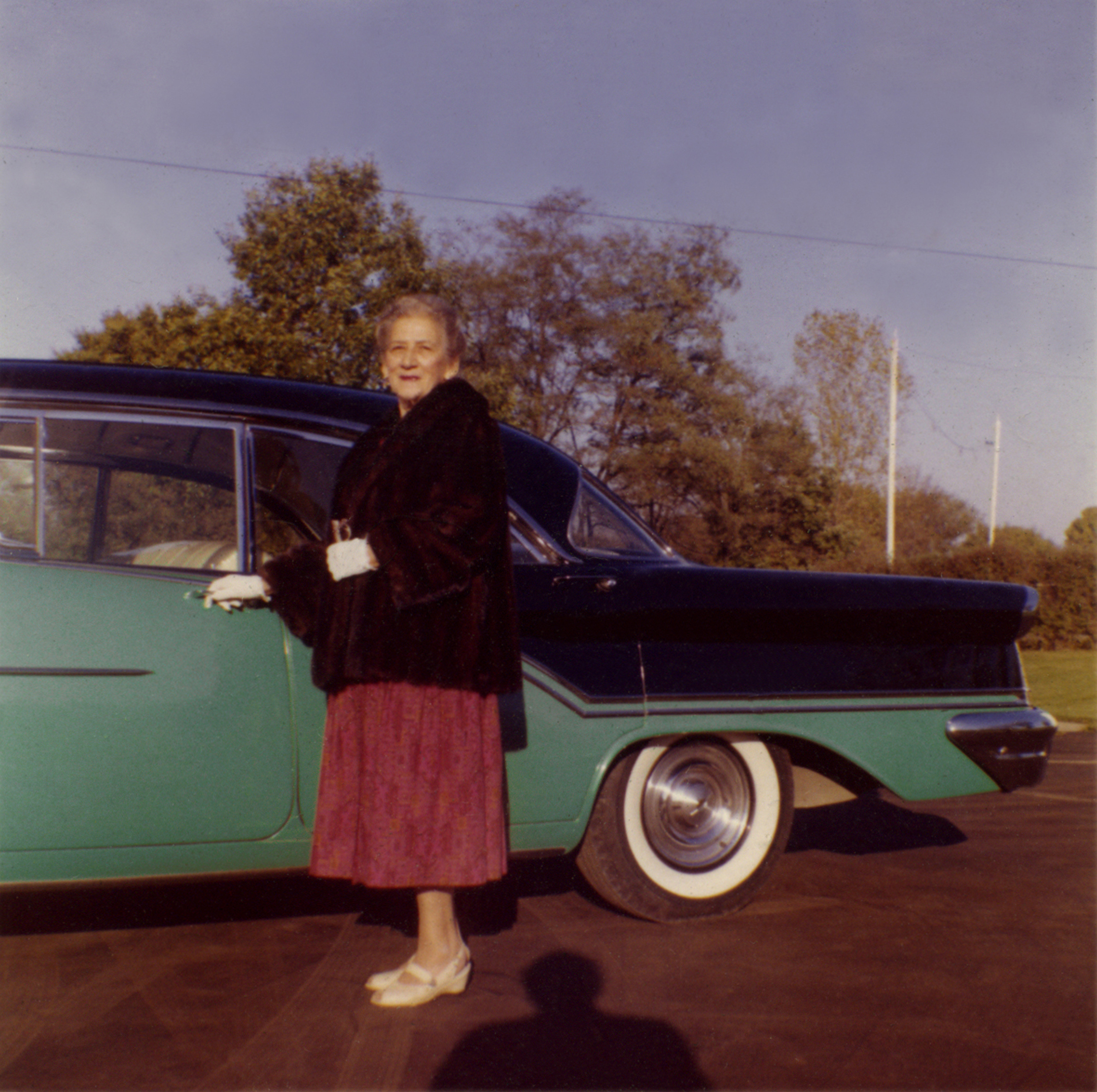 Images of our community compiled in one slideshow. 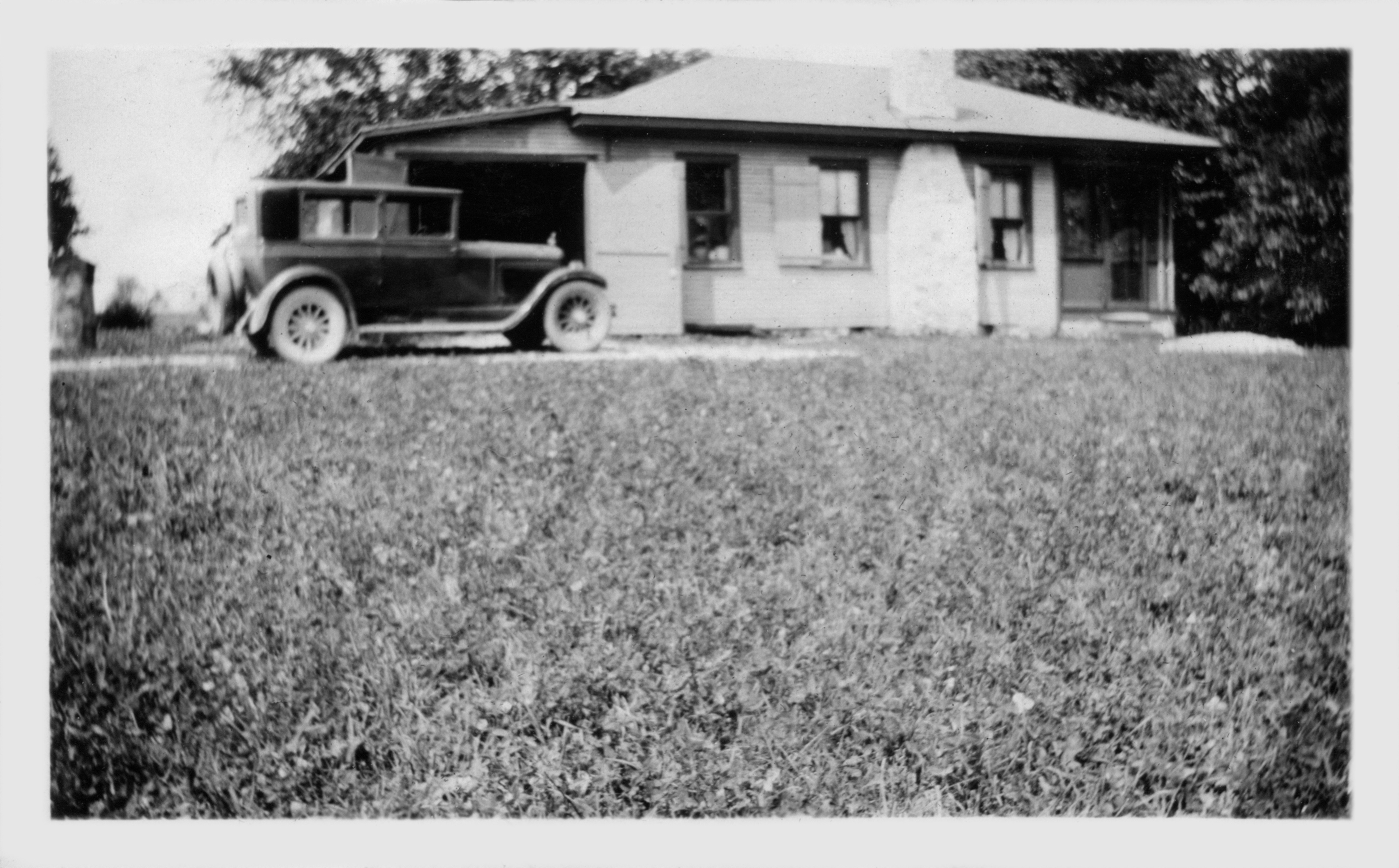 More about our community, its history, and its residents over the years.